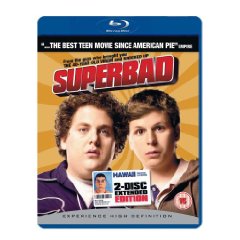 Two best friends endure the sort of awful, humiliating night you cherish for the rest of your life in this coming-of-age comedy.