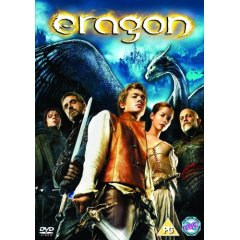 A farm boy and his dragon must defend their home against an evil king in this fantasy epic.

Please note this is a region B Blu-ray and will require a region B or region free Blu-ray player in order to play You are stronger than you realize Wiser than you know What was once your life is now your legend In his homeland of Alagaesia a farm boy happens upon a dragon&39;s egg - a discovery that leads him on a predestined journey where he realizes he&39;s the one person who can defend his home against an evil king

Fantasy adventure based on the best-selling novel by Christopher Paolini. Orphaned farm boy Eragon (Edward Speleers) destiny is sealed forever when a mystic stone chooses him for its keeper. But when the stone turns out to be an egg from which a baby dragon is hatched, Eragon realises he has stumbled upon a legacy nearly as old as the Empire itself. Overnight his simple life is shattered, and he is thrust into a perilous new world of destiny, magic, and power. With only an ancient sword and the advice of an old storyteller (Jeremy Irons) for guidance, Eragon and the fledgling dragon (voiced by Rachel Weisz) must navigate the dangerous terrain and dark enemies of an Empire ruled by a king whose evil knows no bounds.