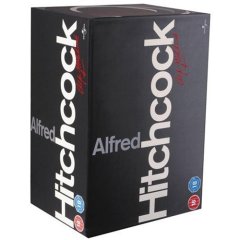 From the 'Master of Suspense' this box set features many of his very best films. Titles comprise: 1. Vertigo 2. The Birds 3. Rear Window 4. Marnie 5. Frenzy 6. Topaz 7. The Trouble With Harry 8. Torn Curtain 9. Psycho: Special Edition (includes the Bonus disc the Hitchcock legacy) 10. Family Plot 11. Saboteur 12. Shadow Of A Doubt 13. The Man Who Knew Too Much 14. Rope For individual synopses please refer to the individual products.