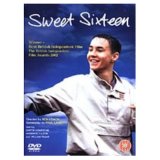 Determined to have a normal family life once his mother gets out of prison, a Scottish teenager from a tough background sets out to raise the money for a home.

A Scottish teenager, whose mother is in prison, tries to raise the money for a home so that when she comes out she will be safe from the likes of her former boyfriend.

Ken Loach directs this raw and gritty coming-of-age drama set in Greenock, Scotland, where unemployment is high and drugs are rife. Liam (Martin Compston) is a young, restless teenager, who hangs around the streets with best mate Pinball (William Ruane) and waits for the release from jail of his mother, Jean (Michelle Coulter), who is serving time for a crime actually committed by her drug dealer boyfriend, Stan (Gary McCormack). When Liam refuses to help Stan out with his latest consignment of drugs, he ends up being kicked out of his own house, and moves in with his older sister, single mum Chantelle (Annmarie Fulton). He decides to find a way out of Stan's violent clutches for himself and his mother when she is released, and in his determination to raise the cash to buy a caravan for them to live in, he comes up with a plan to steal Stan's stash and sell it to local junkies. As his sixteenth birthday approaches, Liam ironically finds himself ending up embroiled in the very life of crime he had struggled to avoid.